'Bringing the undiscovered to your ears'

... Michael Schneider and his orchestra have made this artistic motto into their mission.

The ensemble has been invited to play in many halls and internationally renowned festivals, including the Concertgebouw in Amsterdam, the Festival Oude Muziek in Utrecht, the Konzerthaus and Musikverein in Vienna, the Alte Oper in Frankfurt, Palau de la Música in Barcelona, Palais des Beaux-Arts in Brüssel, the Mozartfest Würzburg, and Scala di Milano to name but a few. The ensemble can boast production of 53 CDs to date and will be recording suites and divertimenti from Telemann's late years in June 2021. 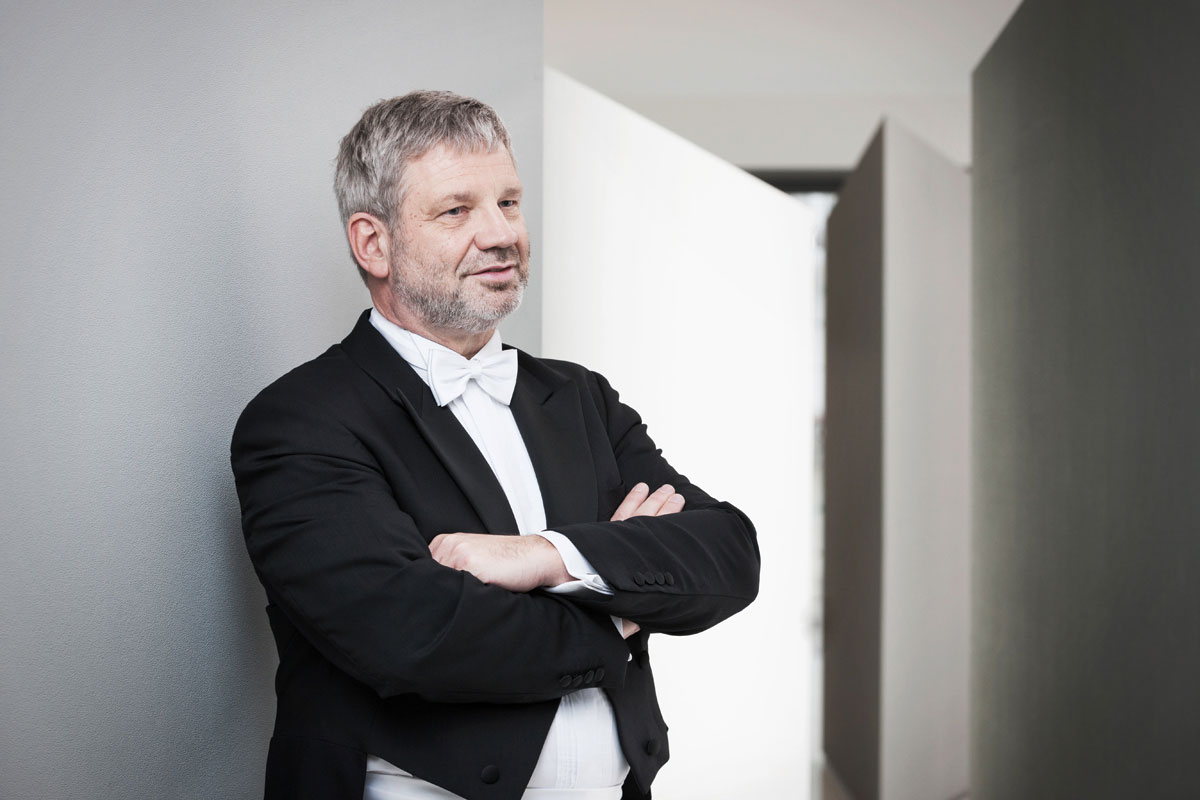 It was with a prize in the 1978 International ARD Competition in Munich that Michael Schneider begann his solo career as a recorder player. In 1979 he became a founding member of the long-standing chamber music ensemble Cologne Camerata. Since 1988 he has been the conductor and musical director of the baroque orchestra 'La Stagione Frankfurt'. Around 100 CD recordings in the genres of opera, oratorio, symphonic literature and as a recorder soloist document Michael Schneider's versatility in historically informed performance practice.

As a guest conductor he has been engaged by the Capella Coloniensis, the Handel Festival Orchestra in Halle/Saale, the Israel Chamber Orchestra, the Bielefeld and Magdeburg Philharmonic Orchestras, the Bochum Symphony Orchestra as well as with the Stuttgart and Zurich Chamber Orchestras. He has directed opera productions with works of Handel, Hasse, Keiser, Monteverdi and Telemann in the opera houses of Bielefeld, Magdeburg, Giessen, Osnabruck and Darmstadt as well as with the Handel Festivals in Gottingen and Halle/Saale.

In 1980 Michael Schneider was appointed Professor at the University of Arts in Berlin; since 1983 he has been the director of the 'Institute for Historically Informed Performance Practice' at the University of Music and Performing Arts in Frankfurt am Main, developing a separate
master's degree for the Institute. In 2000 he was awarded the Telemann Prize of the City of Magdeburg for his services to the work of Telemann.

After a complete halt to the orchestra's recording activities for more than a year due to the pandemic, we have been able at last - infection rates having gone down sufficiently - to undertake a new recording project. At the beginning of June we have recorded suites and divertimenti by Telemann, all dating from the last years of his life.
Furthermore two recordings dating from the pre-Covid years have just been released (see Discography): Telemann's Serenata "Liebe, was ist schöner als die Liebe?" and Franz Ignaz Beck's "L’Îsle Déserte". We greatly appreciate this Mannheim-born composer who emigrated to France because of his bold and path-breaking style.

Our CD with late orchestra works by Telemann, which has been recorded last summer, has still not been released, but Michael Schneider has spoken about one of the pieces thereon in a Deutschlandfunk broadcast. Of course you can listen to the complete piece there already. The interview is in German - so you need to be proficient, if you want to understand everything...

UP IN THE AIR

Concert life is still being paralyzed by the pandemic. Due to the long lead times normal for new engagements, and taking into account all the uncertainties for promoters caused by Covid, La Stagione is no exception in having to cope with the fact that new projects are coming in hesitatingly.

A very exciting one for next year has already materialized: La Stagione will perform Georg Benda's singspiel 'Medea' during the 'SWR Schwetzinger Festspiele 2022' festival in cooperation with the SWR broadcast station. Concert date will be May 20th, 2022.

COVID AND THE CONSEQUENCES

After Covid having steamrolled La Stagione,too, like a tsunami and having brought down its activties almost to zero (with almost complete lack of support from politics in order to make up for the many cancelled projects), we did not give up hope that by next year at the latest 'normal' concerts might be possible again. They are something impossible to simulate in the end. The atmosphere which can arise when artists and audience come together in person, is something special and cannot be engendered by whatsoever.